Yes, I did it.  I went and saw Beauty and the Beast last night.  Nope, I’m not going to hell because of it.  Now that we have THAT out of the way, I felt compelled to share some things in light of all the recent controversy.  I realize my thoughts may not be echoed by “Christians” who have taken a stand against this movie and have flooded social media with their calls of boycott, but hopefully it gives most of the people who read this an opportunity to step back and think for a few minutes.

Beauty and the Beast is an iconic Disney movie.  It’s a classic and has been loved by so many people around the world.  Like most things “Disney,” it is very family-friendly.  When information started coming out about quotes the openly gay director of the new film had made regarding Christianity/religion, and how he was thrilled to have a “delicious” exploration of a characters sexuality, the response was swift from Christians everywhere.  It wasn’t just swift, it was venomous.  Arguments broke out, there was weeping and gnashing of teeth over the downfall of such a family-friendly company who was “catering to the LGBTQ community.”  I get it.  People were upset; but they were upset at something they had yet to see with their own eyes.  Man, this happens with us “Christians” all the time anymore.  I am not advocating we, as people of faith, give up our principles that are founded in God’s word.  I’m just asking us to take a good look at the hypocrisy in which we far too often live our lives.

I admit, when I read quotes from the director of the movie, I was disappointed and even angry.  I had already bought my tickets and had really been looking forward to seeing it.  I momentarily contemplated whether or not to go and made the decision to go ahead and see it for myself.  I am not one for succumbing to “hype” nor do I believe Disney was “catering to a particular community.”  Let me just say this about that last thought: would these same people say that Disney was catering to the African-American community when they did Princess and the Frog, or that they were catering to the Asian community when they did Mulan?  Of course not.  But some would say this is different because this situation involves religion and faith.  Disney has never shied away from embracing people of faith.  As a matter of fact, the first weekend of December every year, Disneyland does a beautiful, faith-filled presentation of the Christmas story.  There is a candlelight parade of choirs singing traditional CHRISTIAN hymns of the season.  The parade ends on Main Street at the train station, where the choir assembles as a guest celebrity then begins to read the Christmas story directly from scripture.  It is not paraphrased, but read directly from the Bible.  The only pauses come here and there for the choir to perform another song that fits that part of the story.  My sister and I just happened to be in the park years ago on the day it occurred, and it is an extremely popular event that is packed with people.  Even though Disney is a family-friendly company, we were actually quite shocked by it.  It was refreshing to see a company not only embrace, but present an event for Christmas that was drenched in songs of faith and verses from scripture.  It was expressly “Christian,” and they make no apologies for it.  So when I heard the accusation that Disney is somehow catering to the LGBTQ community in this film or trying to purposely offend Christians, it doesn’t square with other things I know about them.  Disney is inclusive; they always have been.  We, as a Christian community, seem to really value and appreciate that until they are inclusive of those values with which we disagree.

I entered the theater last night wondering where the offensive behavior was going to present itself.  When was this “openly gay” character going to go parading across the screen in full regalia, wearing his banner of “delicious sexuality?”  Interestingly, it wasn’t there.  There were no overt references, no kisses, no shoving of opinions down my throat. 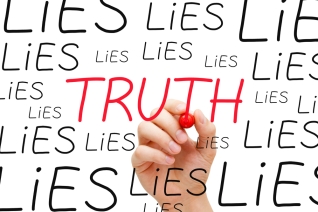 What I saw was a beautifully made movie.  I will not spoil the “big, gay moment” at the end,  as some have called it, but will say it is the furthest thing from that assessment.  Is there a moment?  Yes.  It is offensive?  No.  Could it as easily have been interpreted as a funny moment rather than something else?  Yes.  Shoot, Fried Green Tomatoes had more moments that could have been interpreted one way or another but you didn’t have some outrageous boycott of that movie.  My point is, the few comments of a director who does not value our faith is what blew this up.  As usual, we are picking and choosing when to be outraged and when we don’t think twice about it.

If people want to protest, boycott or trash this movie or Disney, they certainly have the right to do so, but you better be sure to protest and boycott every other company or product that goes against your values or promotes things with which you don’t agree.  Do any of you drink Starbucks, own an Apple product, eat Barilla pasta or have eaten Frito-Lay chips while drinking a Pepsi Co. product?  Then you need to put them down right now!  Drop the Doritos and hit your knees!  (5 Companies going above and beyond for the LGBTQ community)  By the way, I hope none of you put Chevron gas in your cars either.  How many of you/us watch TV shows that portray premarital sex?  Do you watch shows that portray lying, cheating or stealing?  Do you watch or read things that portray gossiping, overeating or getting drunk?  Let’s just get real here.  Do you?  I’ll even go further.  How many of us actually engage in those behaviors ourselves?  Yeah, we don’t want to answer those questions.  We’d rather pick a “sin” we don’t engage in and blast everyone about how terrible they are for engaging in it or supporting it.  Then we turn around and lie, cheat or gossip about others.  Better yet, we refuse to forgive someone or love others as Christ loved us.  After all, loving others is a commandment directly from God (Matt 22:36-39).   No wonder people in this world look at us and say they want nothing to do with us or our God.  The truth is, we don’t reflect Him.  They can’t see Him in us because we are too busy being modern day Pharisees.  We show our righteous indignation over some things, but then not over others. We choose certain footprints of Christ in which we will walk, but refuse to walk the PATH He walked.  We are inconsistent, and believe me, the world sees it completely!

Should we stand for our beliefs and values?  Absolutely!  But I guess it’s time we look closely at those beliefs and values, because what we say we believe and what we ACTULLY act upon are usually two very different things.  We teach that God is no respecter of persons but then turn around and treat people differently based on certain criteria.  We teach that God loves everyone and so should we, but turn our noses up at those who we think don’t deserve our love or forgiveness.  We teach that lying is wrong, but we lie.  We teach that anything in excess is a sin but we overindulge in food, drink, exercise, watching TV, working, and the list goes on.  We teach obeying the laws of our land, but then exceed the speed limit.  We teach abortion is a sin but engage in premarital sex.  We teach the truth but so often refuse to LIVE it, and then wonder why churches and people of faith are appearing more and more irrelevant.  It doesn’t take a rocket scientist to figure this one out! 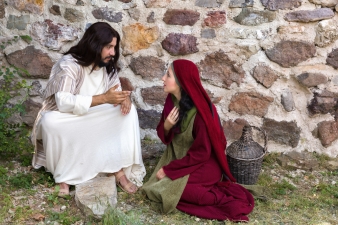 Here’s the bottom line:  If we are going to call ourselves “Christians,” then we need to act like Christ.  You remember Him, right?  He was the one eating with the criminals and loving the unlovable.  He was the one reaching out to the sinners engaged in all kinds of reprehensible behaviors and offering them forgiveness, love and hope.  He was the one condemning the religious people of the day who went around acting holy for the sake of being seen.  Remember Him?  He shattered religion.  He lived in perfect accordance with His word and spent more time with the “sinners” than the “saints.”  If He was walking the earth today, Christianity – the religion with Him at the center, would reject Him, shame Him, destroy Him on social media, and then do everything they could to silence Him.  We are the Pharisees and we need to realize that following Jesus means letting go of our pride and spiritual arrogance and live from a place of love and compassion.  And we need to live it consistently.  Jesus called the Pharisees a “generation of vipers.”  God help us to not reach the point where He says the same of us.  We are dangerously close to being those same snakes that stood in judgment of the sins of others instead of their own.

It’s time to take the beam out of our eyes before we go hunting for splinters.

1 thought on “Beauty And The “Christian” Beast”