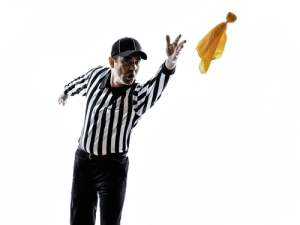 To cheat or not to cheat?  That is actually NOT the question!   With the end of the football season, comes a story that has had many people talking about the Patriots and football air pressure.   I think most of us would say that cheating is bad.  Cheating in a relationship is wrong.  Cheating on a test is wrong.  Cheating in a football game or other sporting event is wrong, and yet we have situations come up like this one with the Patriots last week where there seems to be a gray area.  Things become gray due to the opinions of people.  There is always “he said-she said” in any questionable situation, but the bottom line is there are rules.  There are guidelines, and if they’re broken, it’s wrong and there should be consequences.  I realize in “deflate-gate,” many people have come out (even in the NFL) and said every team does these kinds of things.  People have even discussed that the rule should be changed because it’s stupid and no one really abides by it.  They say it doesn’t matter because everybody bends it.  If the rules say that something has to be a certain way, then you don’t have the liberty to simply choose to arbitrarily change it on your own.

Is it ever right to do the wrong thing?  That question has been asked many times before.  We like to pick and choose when it’s ok to do the wrong thing, but that doesn’t actually make it ok.  We say it’s alright to steal if you are starving, but it isn’t.  Would most of us do it?  Yes.  Does that make it right?  No.  It really is black and white, even though we use our reasoning to turn it gray.   So why is this football story so huge?  Is it because the Patriots are one of the most disliked teams in the country (according to a recent poll)?  Probably.   Is it because people are irritated over the fact they ran up the score or are arrogant?   Possibly.   But does holding someone accountable to the stated rules make you a poor sport or sore loser?  No.   So then why is this such a big deal?  There are people starving all over the world.  We have people starving in our own country!  There are human rights issues all over the world.   We have a government that is out of control.  So how is THIS such a big story?   I think it speaks to something in many of us.

Most of us have this thing about fairness and justice.  WE WANT JUSTICE!  Of course, we only want justice when it affects the other team or person.   We only want justice when it isn’t for something we have done.  When we mess up or do something wrong, or make a less than wise decision, we want mercy and forgiveness.  We want understanding and compassion from others, yet all too often we aren’t willing to give it.  So when we get stirred up over something someone else has done (or is doing), sometimes we have to step back and ask ourselves why and consider the place internally from where it is coming.

When I look at the Patriots, although they may be one of the most disliked NFL teams, they are also one of the best.   They have skilled players who work together well.  They have achieved greatness in many areas as a team and so has Tom Brady as an individual.  They’ve been on top and they are on top again.  There’s something interesting about being on top:  the higher you climb, the bigger target you become.   When you’re good at something, you are going to be viewed with more scrutiny.  When you rise up, you must inevitably dodge the shots being taken at you.   And whether that’s right or wrong, or good or bad, it does remain a fact.  When you stand up and say “I’m going to lead,” or you step up and make yourself visible, you better be ready because things are going to happen.  My grandpa used to always say, “You can’t keep people from saying negative things about you, but you can make them liars.”  In other words, there are always people who are going to talk about you, and I will assure you if you are in a position of leadership, popularity or notoriety, people ARE going to criticize you.  They may all have different reasons for trying to knock you down, and whether or not it’s fair for you to be held to a different standard, you are.  WE are.  You don’t have the luxury of always doing the things that others are able to do.  There are things they can get away with for which you would be held accountable.

So back to “deflate-gate” for a moment:  The Patriots are accomplished, winning and visible, and as a result they need to pay attention to details and do the right things even if no one else is.  As far as the pressure in the footballs, there should be no question at all.   You know what the rules are; abide by them.  Put yourselves and your team above reproach as much as possible, with the understanding that you are still going to get scrutinized over things.  The same thing holds true for us.  It’s hard to say you’re sorry when you’re not wrong.  It’s difficult to have to constantly evaluate things and say to yourself, “This is the situation, and if I do it the right way, it’s going to take me longer.  It’s going to cost me more in one way or another.  What should I do?”  It may wear on you over time, but that’s the choice you constantly have to make, because when you don’t, the smallest indiscretions will rise up in your world and become much bigger stories or scandals.  You can look to the right or left and you can watch people gossip, lie, cheat, steal, tear other people down, be manipulative, not care, not love others, not be a good neighbor and countless other things, but it doesn’t matter what they do.  It doesn’t matter because WE are called to love, care and forgive.  What does the Bible say is required of us?  “He has shown you what is good; and what does the Lord require of you, but to do justly and to love mercy, and to walk humbly before your God.”  (Micah 6:8)  In Ecclesiastes 12:13 we are told, “Let us hear the conclusion of the whole matter: Fear God, and keep His commandments, for this is the whole duty of man.”  We are to stand up for what is right, not in everybody else’s life, but in our own.   It is really easy to sit in judgment when someone else has done something wrong, but if you want to sit in judgment, then judge yourself.  We all like to look out the window but rarely want to look in the mirror.  Rest assured, none of us are perfect, and we all have things we should be working on.  But if you are going to hold true and stand up strong for something, just know you are going to be hit with a firestorm at one point or another.

It can be really discouraging watching other people act like sharks during feeding time.  You can’t help but wonder, “What are they gonna get theirs?  When are they going to finally get in trouble?”  But that’s not your problem, and it’s not mine.  Quite frankly it shouldn’t even be our concern as people of faith.  God has promised to take care of us and meet all our needs, if we will simply focus on Him.  Instead of spending our time being so concerned about what should or shouldn’t happen to someone else, we should spend it making sure we are doing the right things.  Remember, the higher you go, and the harder you try to do what’s right with pure motives from a genuine heart, the more the sharks are going to try and feed.  The more you are going to be peppered with questions about rules that everybody else seems to bend.   The problem is, if you stoop down and decide to bend or break the rules, it will inevitably be YOU that is caught, because they certainly aren’t going to turn on each other.

So I hope the recent events cause us to reflect on these things and remember we are called to be different.  As people of faith, we are called to come up higher, but we should never do so unequipped. We need to make sure our armor is on and our shield of faith is lifted high, because often the battle really does come down to you and God, not against the world, but against yourself.  You can’t keep people from talking about you, but you have complete control over whether or not what they say is the truth.  Stand up and be strong.  Lean for support on those God has brought to your life that are of the same mindset and spirit.  Nobody ever said it was going to be an easy road, but we do know it is a victorious one.