I realize we are quickly approaching Good Friday and Easter Sunday, but this year I’ve been unable to stop thinking about Palm Sunday.  Believe me, I love the reminder of the resurrection and what Jesus did so that I can be saved, but I’ve not paid a whole lot of attention to Palm Sunday until this year.  Maybe it’s because I’m in a strange season of life, trying to determine where or what God is tugging me toward, or maybe it’s because I just needed to see something to shift my perspective a little bit.

Less than a week before Jesus was betrayed, brutally beaten and crucified, He had come into Jerusalem to a grand reception!  It isn’t called the “Triumphal Entry” for nothing!  He was riding on a borrowed donkey’s colt, and the multitudes came out to greet Him.  They laid their cloaks before Him on the road and waived palm branches before Him, shouting, “Hosanna!  Blessed is He who comes in the name of the Lord” as He rode to the temple.  Just think of that sight!  Crowds hailing Him as King and publicly acknowledging Him as Messiah.  So what in the world happened that caused them to turn on Him so quickly and strongly?  How do you go from one extreme to the other in a matter of a few days?  The answer really lies in one word: Expectations.

Expectations are interesting things.  The dictionary defines “expectation” as a strong belief something will happen or to be the case.  Our expectations in life depend on the information we have been given and the way in which we interpret that information.  For example, I expect that my husband is going to do the yard work because he said he would do it.  I believe he will do it, but I also have my expectations of when it will happen and what it will include.  When he does finally go out to do the yard work, he decides not to weed the flowerbeds or sweep off the sidewalk, and I get upset.  Why?  Because he didn’t do things the way I believed they would be done.

There may be a good reason why he did things differently, but all I see is my unmet expectations. In my original conversation, all he said was that he was going to take care of the yard.  He did not reveal other details of what he planned to do, and I created additional expectations based on the way I would do things.  My expectation that the yard work would be done rests on believing what he told me.  My expectation of HOW it would be done rests in everything else I assumed from his statement.   Our expectations are colored by our past experiences, and they deeply affect our emotions.  When we expect something bad to happen and it doesn’t, we get excited and happy.  When we expect something good to happen and it doesn’t, we become upset, sad, depressed or even angry.  We’ve all experienced the reality of that roller coaster when we interpreted something differently, and suddenly our world is turned upside-down because something unexpected took place.

So back to Palm Sunday, it was a day filled with people who definitely had expectations!  Some lived in Jerusalem and some were traveling there for the Passover celebration.  They had read the prophesies of old and knew that God was coming to deliver them.  They were being oppressed by Roman rule, so when Jesus, their “King,” showed up, they were excited.  Deliverance was on the way!  They expected Him to ride in and destroy their enemies, deliver them and set up HIS kingdom.  They expected to see fire and fight in Him.  They expected a political leader.  They thought their day had finally come, so they exclaimed His praises as He rode through town.  This was a GREAT day for them, but then things started to change quickly.  They listened to things He was saying and when His message didn’t fit their expectations, they turned on Him.  He said His Kingdom wasn’t of this world (John 18:36).  He didn’t argue or even defend Himself when He faced His accusers (Matt 27:12-14).  He didn’t answer the charges or even respond to them.  By all standards, He appeared weak.  He certainly did NOT look like a King about to take over!  As a result, it must have confirmed (in the minds of many) that He was not the Messiah, and if He wasn’t the Messiah, then He was definitely a blasphemer as charged.  So in a matter of days, the shouts of the crowd went from “Hosanna” to “Crucify!”  When given a choice of who to release, they chose to put a convicted thief and murderer back into their community rather than someone who had only done good to others.  They were THAT convinced it was impossible He was who He claimed to be, because a King would not come as He came.  A King would not just lie down to be slaughtered.

The crowds that shouted Hosanna on Palm Sunday found themselves with serious unmet expectations.  The Messiah they longed for and believed in did not show up like they expected Him to, but He did show up, and He did deliver them, and also all of us.  They just couldn’t accept God had a plan far greater than their temporary political situation.  It was hard to understand after years, or generations, of expecting something different that this could actually be their Messiah, but God was at work on His master plan to change everything for humankind.  He was working things out for their good, even when they couldn’t see it or refused to see it. 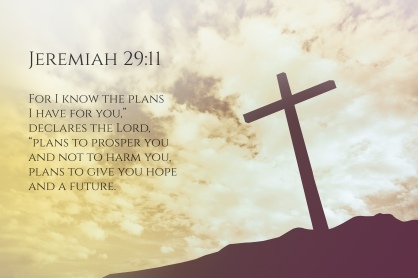 How many times in our lives have we lived out our own personal “Holy Week?”  I have been in difficult situations where I was depending on the many promises of God.  I believe He knows and cares about what I’m going through, has the power to deliver me, and is working things out for my good.  I have shouted “Hosanna” in my expectations and perceptions of what He has said, but then He starts working things out differently than what I expected.  He starts doing or allowing things that I just don’t understand.  If we aren’t careful, we watch what’s happening and start to think that maybe He isn’t who we thought He was.  We look around and start getting angry that He isn’t doing more “smiting” of our enemies or my circumstances and is instead leaving you or me alone to fight for ourselves.  It doesn’t take long for us to think on these things before we end up angry because it seems He doesn’t care enough to take care of us.  In our own way, we go from shouting “Hosanna,” to shouting, “Crucify!”  We start letting our doubts, or even anger, that arises from unmet expectations to drive our perspective, and we can end up choosing to set free the worst of ourselves rather than to trust God knows what He is doing.

Life is hard.  We were never promised that it would be easy.  As a matter of fact, we are told repeatedly in the Bible that we will have trials and struggles, but God is always working for our good.  It’s just so incredibly hard to accept that as truth when our reality feels so much like the opposite.  Yes, God has the ability to come riding into our circumstances, proclaim Himself as King and destroy whatever or whoever is oppressing us, but we can’t see the big picture.  Sometimes He is working on a much grander and better plan for our deliverance than we can see.  Just because it doesn’t make sense to us, doesn’t mean God isn’t who He says He is, or doing what He said He would do.

There are many beautiful pictures in the Easter story – pictures of grace and mercy, of sacrifice and redemption – but this year my prayer is that we remember the crowds.  I pray we remember the way their unmet expectations of HOW God was going to deliver them caused such a drastic change in a matter of days. 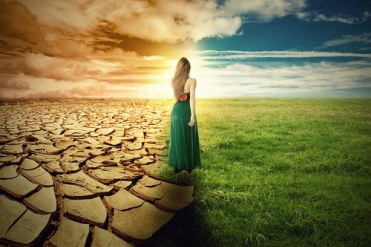 Unmet expectations can cause us to doubt what we know to be true.  When we hold so tightly to our version of what our deliverance should look like, or how it should come, we end up spending our lives looking for the next best solution.  We waste our energy trying to resolve it ourselves and end up sacrificing our peace and joy in the process.  Sometimes our deliverance comes through waiting.  Sometimes it comes through struggles.  And sometimes we are yelling “Crucify” at the very One who is delivering us – all because He isn’t doing it as we expected.

So look up, my friends, and I will look with you.  I will look to the cross and see not only love and redemption, but also a reminder that God is working a master plan for my good.  And when it seems like God is doing nothing, He is doing something exceedingly, abundantly above all I could ask or think.  I just need to stop shouting my plans at Him and trust in the fulfillment of His own.

Blessings and a very happy Easter to you all!